DigiTimes reports that Samsung will supply iPhone memory ahead of U.S. export controls on one of China’s leading NAND flash chip manufacturers.

As early as this year, Apple planned to acquire 128-layer 3D NAND flash memory chips from Yangtze Memory Technologies (YMTC) for use in iPhones sold in the Chinese market. It also planned to acquire up to 40% of the chips required for all iPhones in the future.
However, when YMTC and 30 other Chinese companies were added to an “Unverified” list of businesses that U.S. officials have been unable to inspect, those plans were put on hold. It is widely anticipated that the supplier will be blacklisted for trade restrictions at the beginning of December.

Without a license, U.S. businesses cannot share designs, technologies, documents, or specifications with companies on the Unverified List.The U.S. export control blacklist can be added to businesses that fail to provide the required information within 60 days.The U.S. Commerce Department is also looking into whether YMTC violated Washington’s export controls by selling chips to Huawei, which is already on the blacklist.

According to supply chain sources cited in the report, Apple will now use Samsung Electronics as an alternative supplier beginning in 2023 as a result of the restrictions.

According to the sources, Samsung will begin supplying NAND flash for iOS devices next year from its plant in China’s Xian plant, which currently contributes 40% of the Korean vendor’s total capacity for 3D NAND flash, ranging from 128 to 176 layers. Samsung has long been the primary supplier of DRAM chips for iPhones.

In contrast to its rivals, Samsung has not cut production in response to the low demand for NAND flash in the market. This is probably in part because of its entry into the Apple supply chain.In addition, the Korean manufacturer’s ability to afford output and quote reductions is thought to have enhanced its competitiveness.

By cutting off Beijing’s access to certain semiconductor chips produced anywhere in the world using U.S. equipment, the Biden administration’s export controls on China aim to halt the country’s technological and military advancements.
Note:The discussion thread on this subject is in our Political News forum because it is political or social in nature.The thread can be read and followed by anyone on the website, but only forum members with at least 100 posts can post.

Apple Mac selection guide: Three steps to teach you to choose the right Apple Mac for you 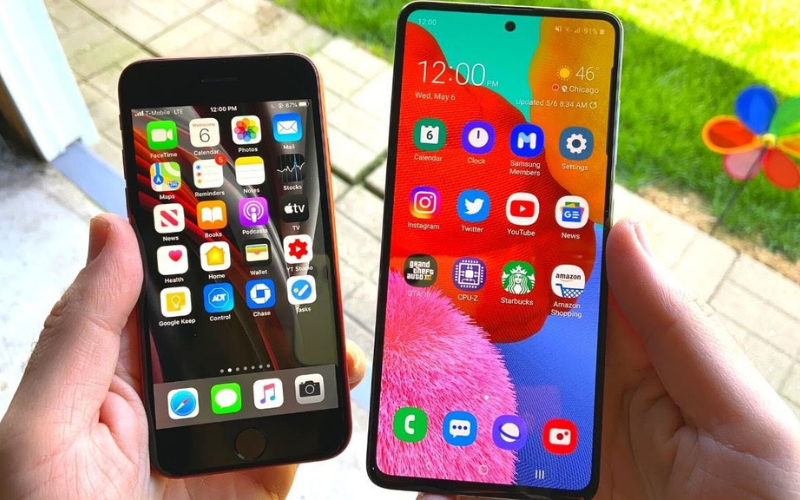 Samsung Galaxy A51 Review: Better Than The iPhone SE 2?