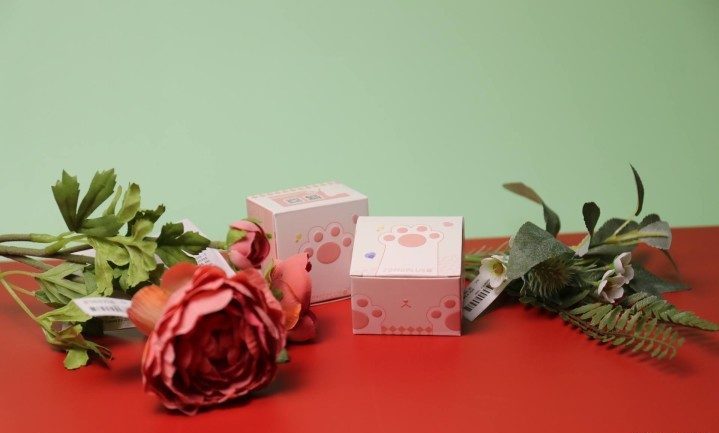 For a whole month in December, the streets and alleys are full of Christmas atmosphere, and there are large and small Christmas trees inside and outside the shopping malls. But for boys, they don’t really care about these things, boys will care more about their computer desktops. Today, Tramman introduces some computer peripherals that can meet the Christmas atmosphere. 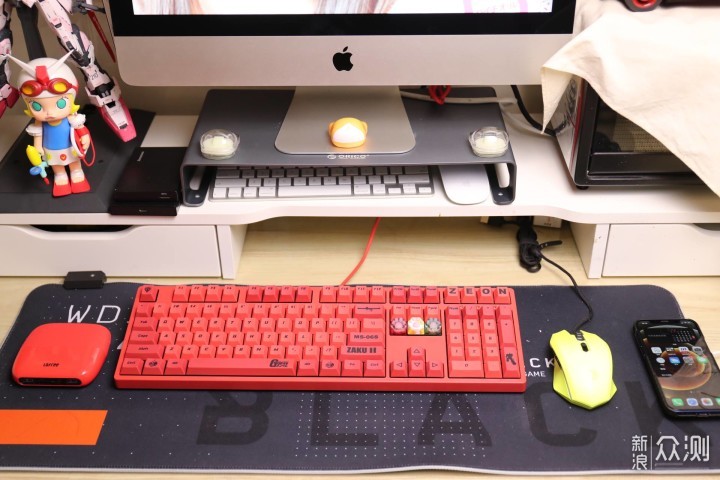 First of all, I will introduce two cat claw keycaps limited to ZOMO Plus Christmas 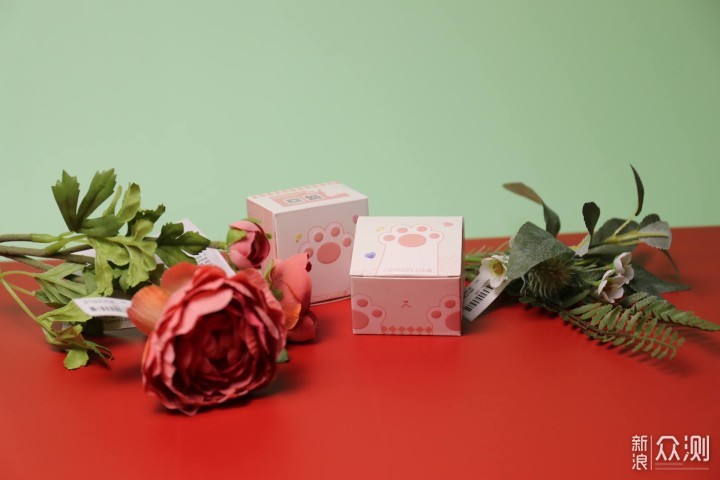 ▲The matte exterior has a lot of cute cat paws as the main pattern.

▲Open the outer packaging, the cat’s paw keycap is packed in a transparent plastic cat-shaped box. 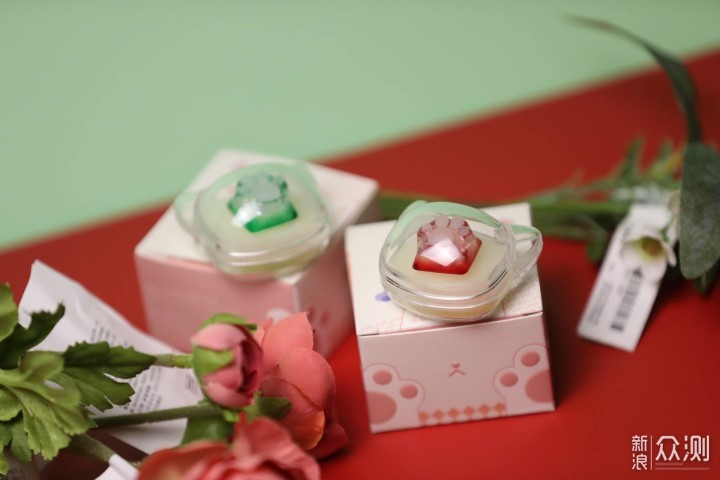 ▲Compared with the style of the small cat, the plastic shell of this Christmas model has become transparent, and the internal support is white, giving it a feeling of winter snow ▲Can’t wait to install all three kittens on the keyboard 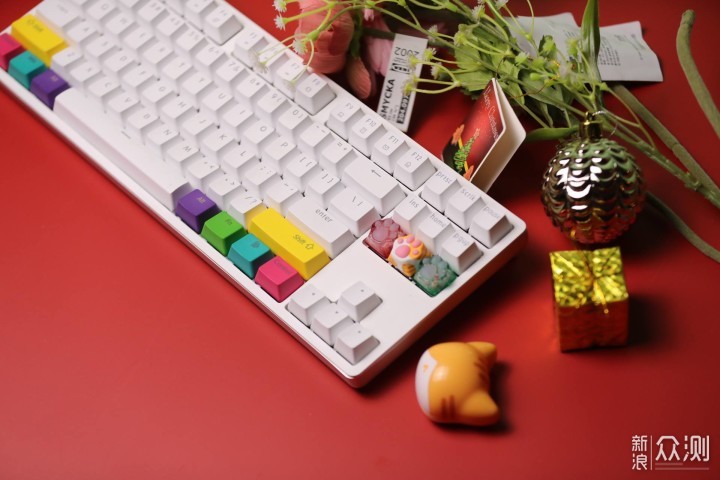 ▲Compared with the small cat, the Christmas cat’s paw is transparent, and the pad is also made of white translucent silicone. ▲Because of the transparent texture, the keyboard light at night will become very beautiful 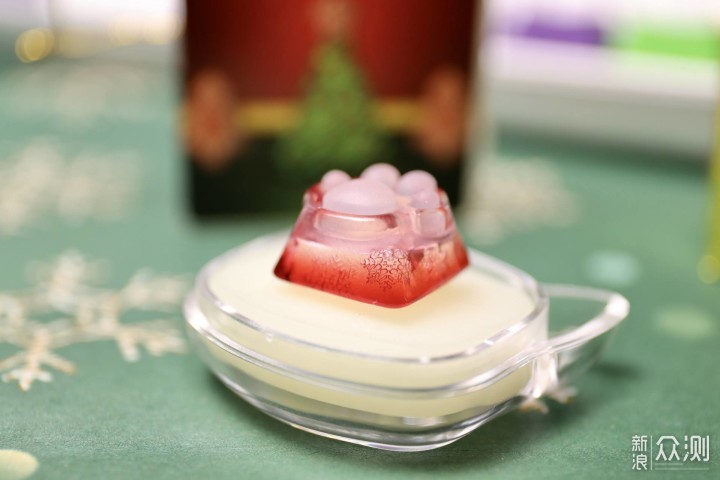 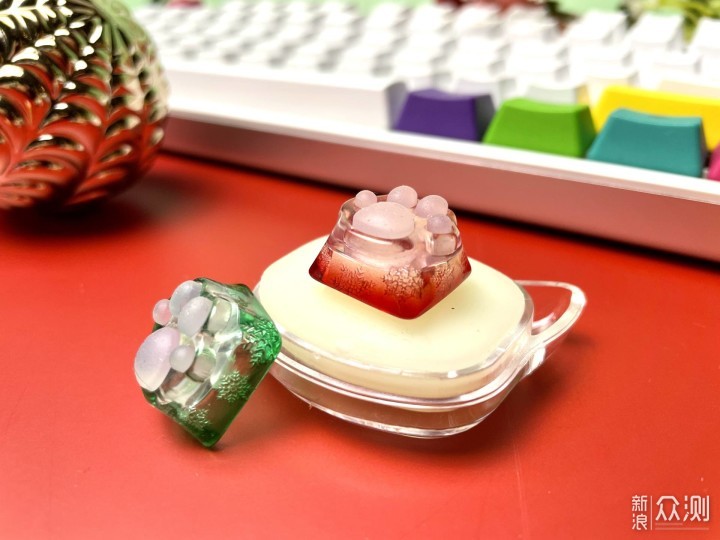 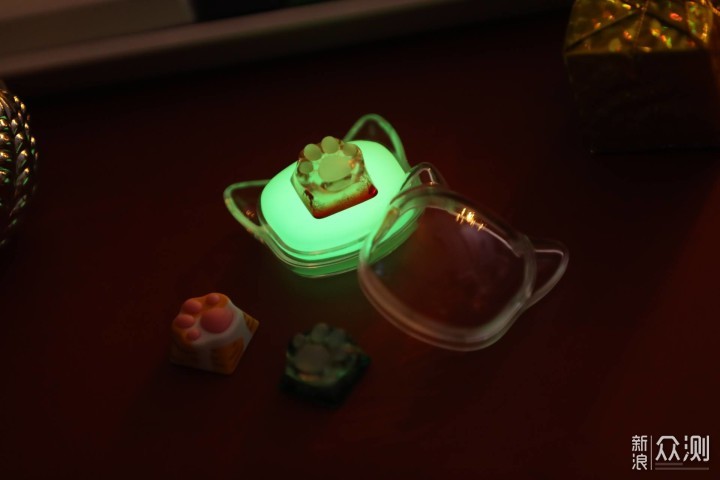 ▲The beauty of this Christmas cat paw keycap is not only the keycap itself, but also the cat box is very interesting. The luminous interior can illuminate the translucent keycap

Next, I will introduce you to this Dalyou EM9150 mini version of lightweight gaming mouse. ▲The color diversity of the Dalyou mouse shell makes you know that it is Dalyou at a glance, and this fluorescent green mouse is also a scenic line on the desktop. Not only the appearance, but the performance of the Dalyou mouse is also very good. 200-80000dpi, 150ips, the maximum acceleration can reach 30G, the refresh rate can reach 125/250/500/1000, these data are enough to meet the needs of gamers. 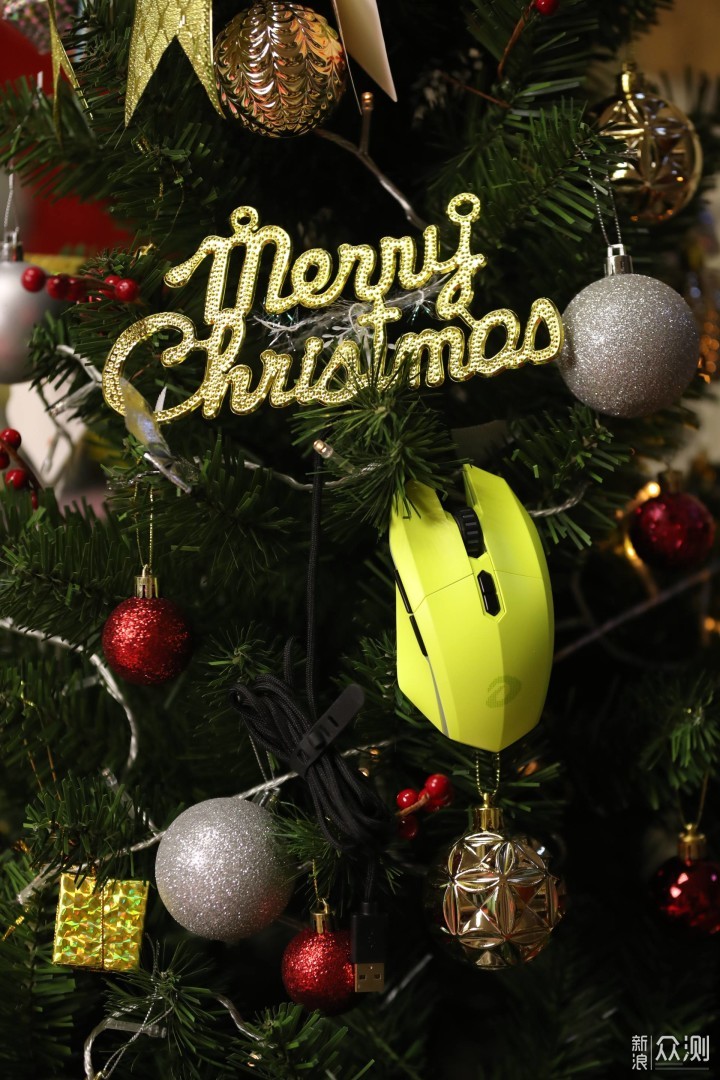 ▲The reason this is a mini model is that compared to the EM9150, its long model is 9mm and 4mm shorter, which is very suitable for people with small hands like me . The mouse design has sharp edges and corners, and the mechanical feel makes me enthusiastic about science and engineering. The design of forward and backward buttons on the side of the mouse is prominent, and the buttons feel comfortable.

The edges and corners of the mouse side are combined with the curve, and the mouse will not feel tired after holding it for a long time. 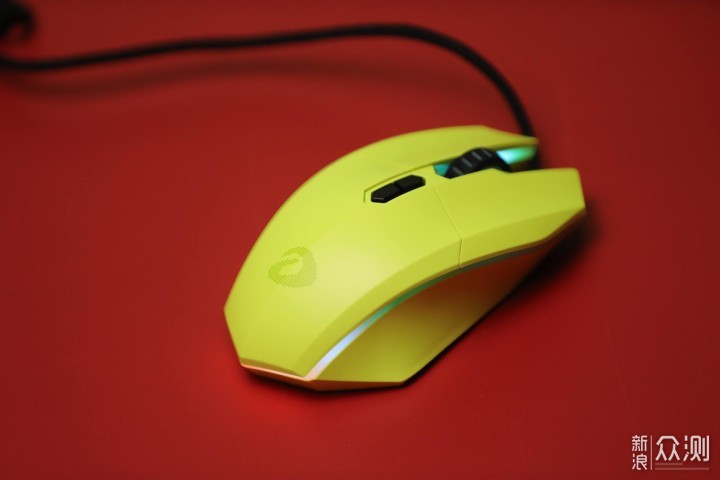 The scroll wheel of the mouse is equipped with grooves, so it will not slip due to hand sweat after long time use. The DPI buttons are just right, and there will be no misoperation during use. 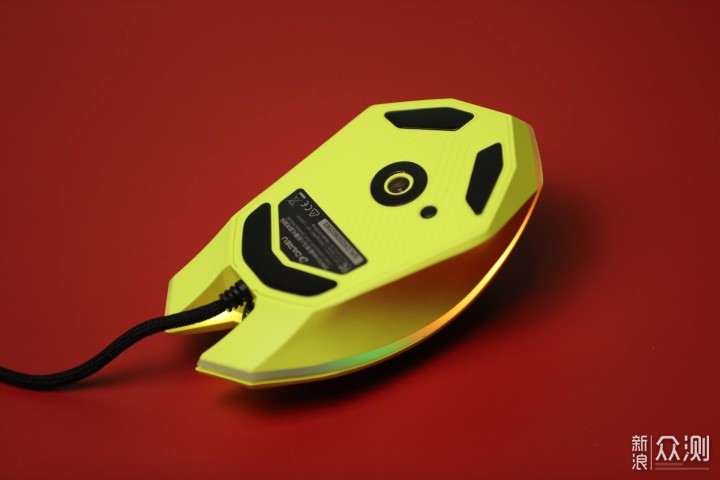 Ambilight RGB special effects can be said to be the biggest feature of Dalyou. The circular button at the bottom can quickly switch and switch the special effects of RGB lighting. I like this function, because the mouse will not be on all night and affect sleep. The grounding area on the back of the mouse is not large, so it is not very difficult to slide. 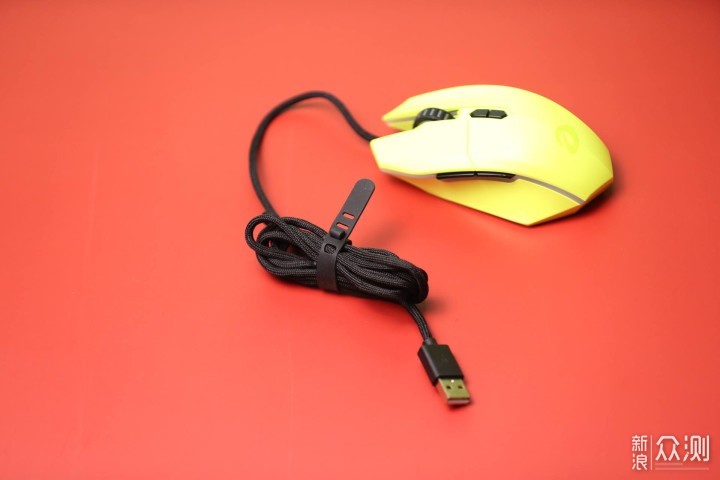 The mouse cable also has bright spots. 1. The cable is soft and long enough; 2. There is a magnetic block at the interface to prevent signal interference. It can be seen that the manufacturer’s positioning of this mouse is quite high. 3. There is a cable tie to prevent excessive data. The wire is dragged around.

This mouse, as a derivative product of the classic EM910 of Dahl Wrangler, continues the basic performance of the EM910, still retains the original RGB lighting effect and long-life micro-motion, its own KBS is also retained, and the weight is lighter only 65g. The price only needs more than 100 yuan, which is still very good value.

Introduced the mouse and keycaps, how can the computer desktop lack the protagonist of the keyboard! 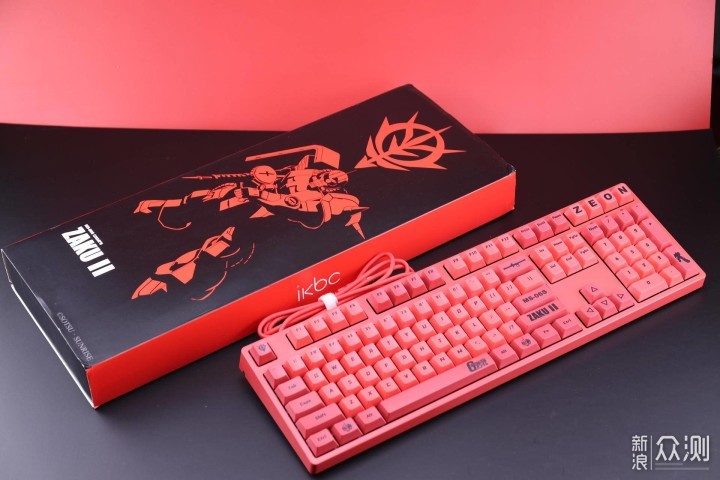 ▲Gundam must be mentioned in the otaku culture, and when it comes to Gundam, we must start with 0079. As Amuro’s opponent, Char, who has the name of “red comet” and “red horned triple”, has no less than Amuro’s popularity, ikbc launched the Gundam joint keyboard at the same time launched two versions of Gundam and Red Zaku. The red and black keyboard box, the emblem of the Principality of Keene, and the silhouette of Zaku made Gundam fan excited before opening the box. 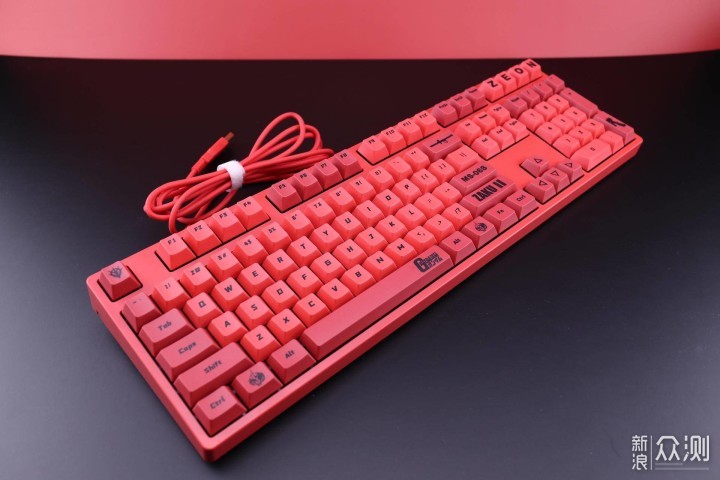 ▲The whole keyboard adopts the same double red design as Char’s special red Zaku, the function keys are dark red, and the numbers and letters are bright red keycaps. 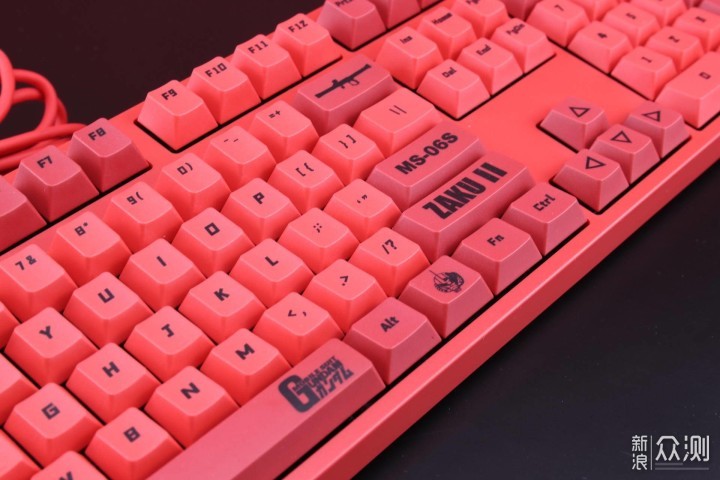 ▲The elements of Zaku are realized through the printing of certain buttons, such as Zaku’s head, Zaku’s body number, Zaku cannon pattern printed on the delete button, and 0079 Gundam animation logo on the space bar. 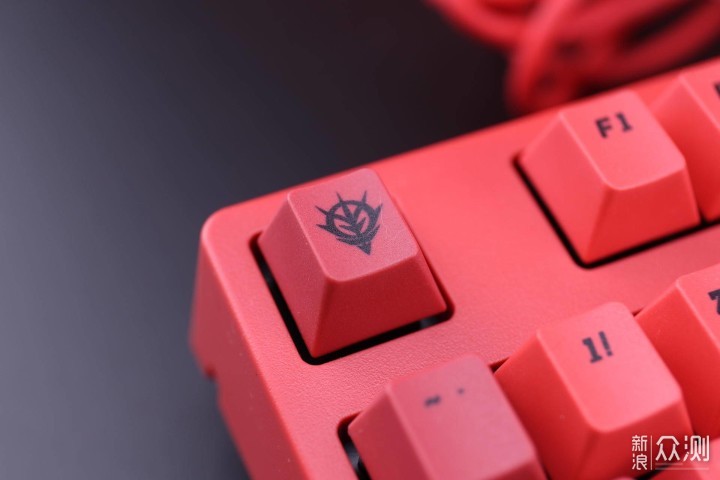 ▲The ESC is printed with the emblem of the Principality of Keene, making the entire keyboard full of Gundam elements 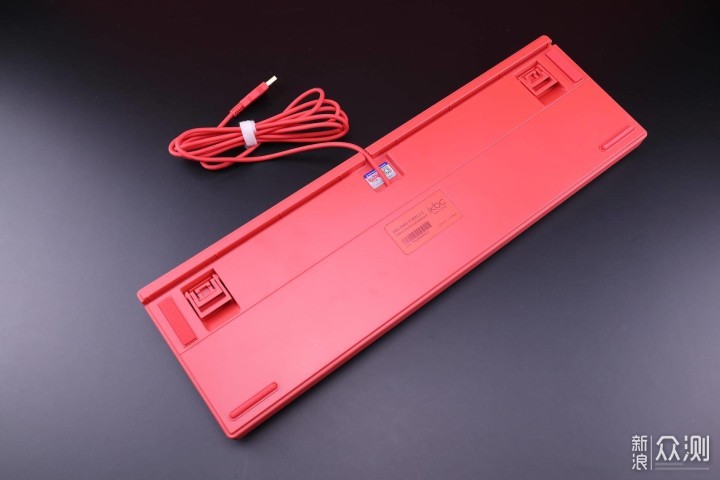 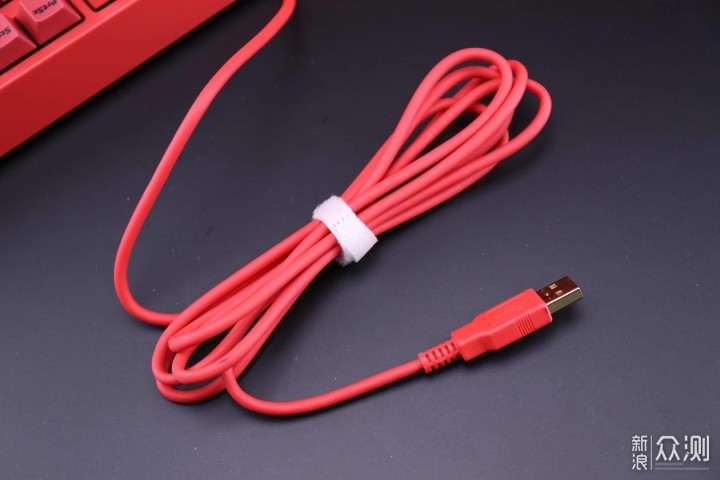 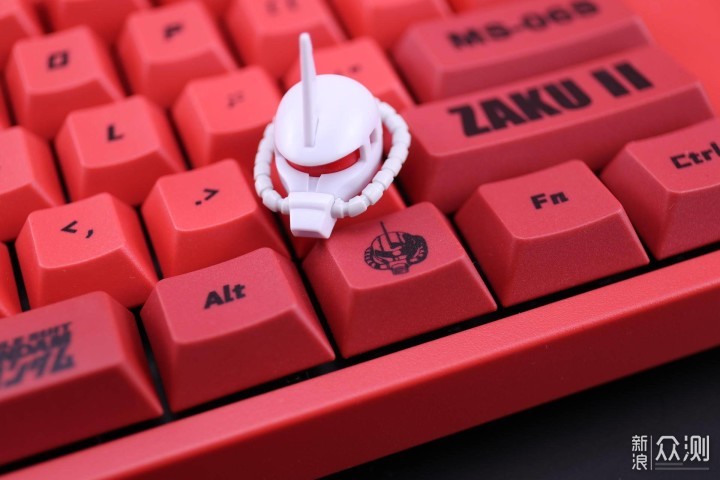 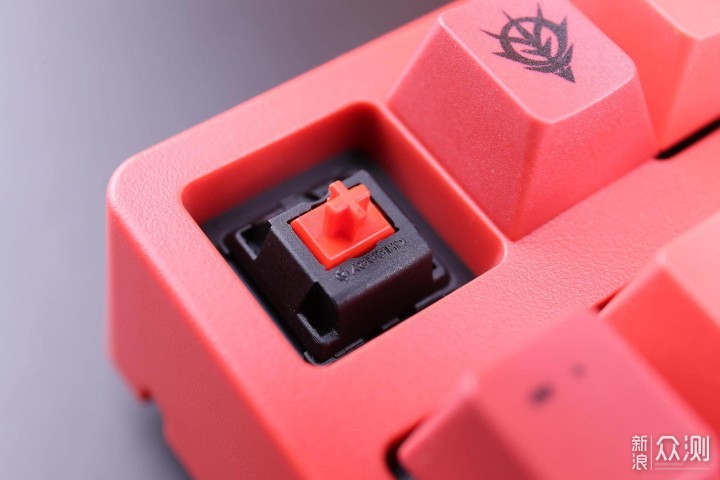 ▲The appearance of this keyboard can be said to be impeccable, even the red axis uses Cherry’s red axis.

In the era when type-c is the mainstream interface, how can there be no docking station on the computer desktop? The lofree docking station can undoubtedly add a lot of Christmas flavor to the desktop. 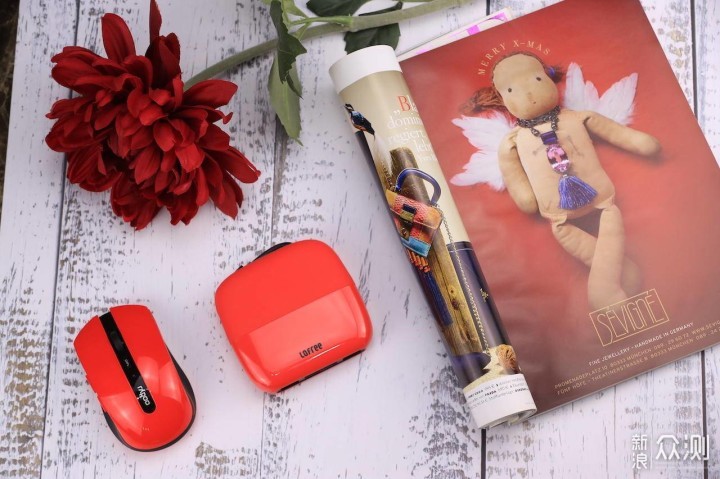 Another reason to like this red docking station is that it is conspicuous, because the macbook relies too much on the docking station, which leads to the only way to transfer files without a docking station, airdrop, so in order to find this docking station, I specially selected A striking color. The rounded shape design makes it easy to carry around, and the plastic and silicone body combined with the macbook will not wear the computer case. 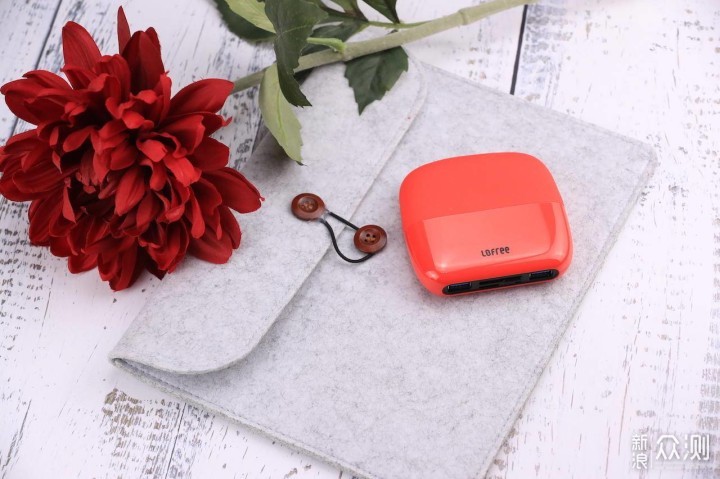 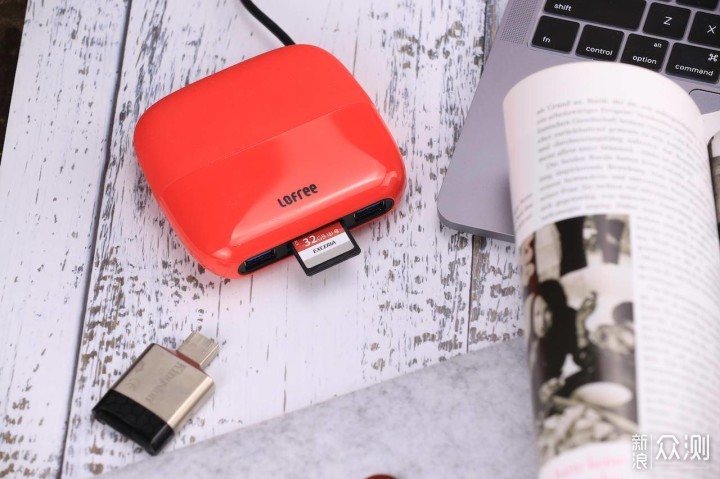 In addition to the beautiful, Luofei whale spirit dock on the core functionality is just as impressive. The seven interfaces basically cover my daily needs. The HDMI interface can output 4K video and connect to a monitor and TV. The Type-C interface also supports PD charging, and the maximum power can reach 100W, which stably guarantees the power supply of the notebook. 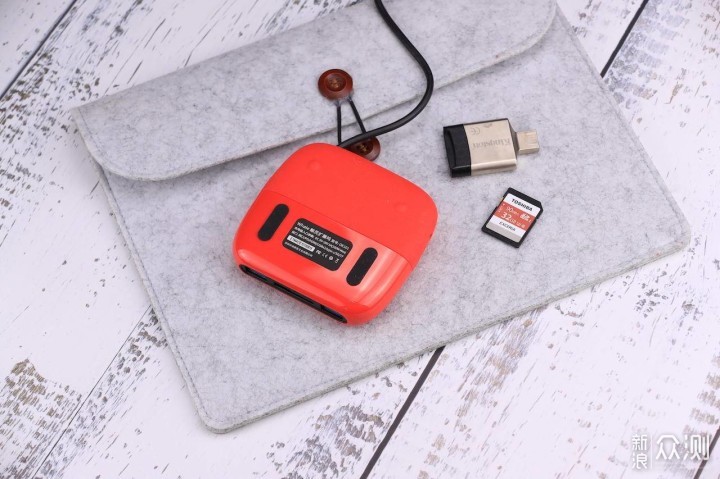 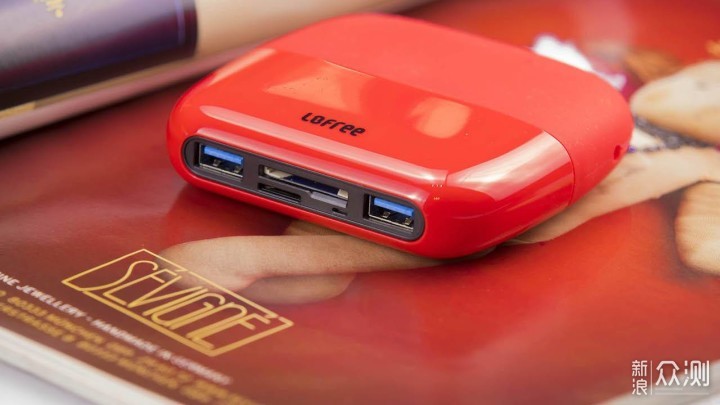 Next, let’s take a look at the layout of the grid sockets of the docking station. First, the hand-facing side is USB3.0, SD card slot, TF card slot, and USB3.0 card slot. This layout is very gratifying, with some extensions. Although the dock has 4 USBs, it is usually 2 3.0, 2 2.0 and the USB positions are basically laid out together. Inserting a slightly larger U disk or CF card reader will occupy all the USB positions. It’s full, but Luofei’s model is not like that. The two 3.0 ports sandwich SD and TF card slots, making the USB port space very large, so you don’t have to worry about a U disk occupying two positions. At the same time, USB and SD are the most commonly used Placed on the outside, it is also very convenient to use. 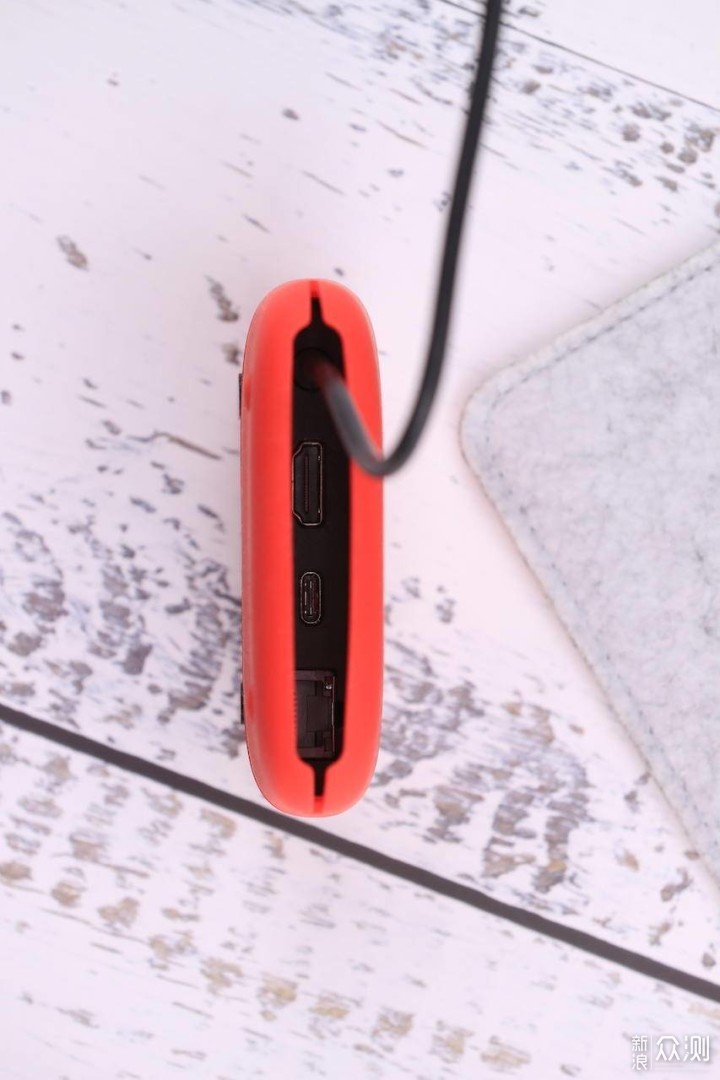 The three sockets on the reverse side are also very humane, first of all HDMI, Type-C, and Ethernet ports. HDMI supports 4K transmission, but the 4K TV at home has no source, but the mbp has a 2560 x 1600 screen, so 4K sources can be played through the mbp. You can enjoy 4K image quality with the TV through the HDMI interface of the docking station. Will charge the computer, the charger can be directly connected to the docking station for charging, no need to occupy the C port on a computer, in an emergency, or the wifi signal is unstable, the network port can ensure that the computer can be wired Go online.