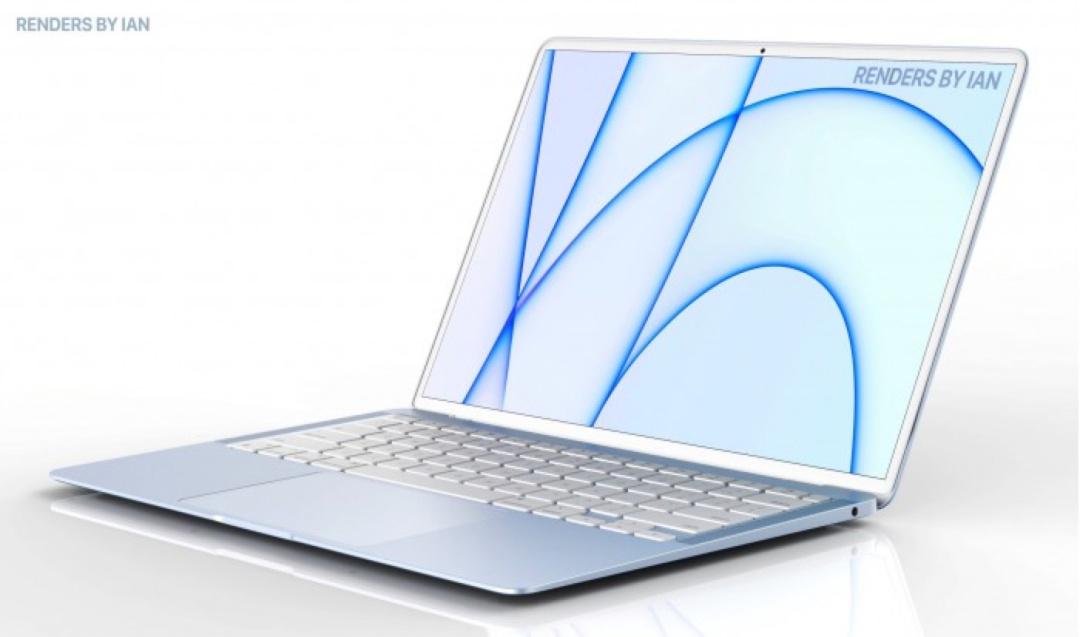 In addition to the full screen with a more delicate frame, you can also see the body that has changed from silver to a little blue.

The rendering still retains the unforgettable MagSafe magnetic charging connector. However, the reality is that after the 2016 MacBook Pro series, Apple has fully turned to the multi-function Thunderbolt/USB-C interface. It would be great if the next Mac series can be used again.

There is also a white keyboard layout on the C side, which is a bit pretty! No need to bring a keyboard membrane. But the trackpad looks much smaller than the one on the M1 MacBook Air.

On the speaker grilles on both sides of the keyboard and the USB-C / 3.5mm audio jack, it still remains in its original position.

Finally, it is reported that the new generation of MacBook Air will be equipped with the new M1X or M2 chipset. The experience of M1 is already very good, and I am really looking forward to the update of subsequent models!