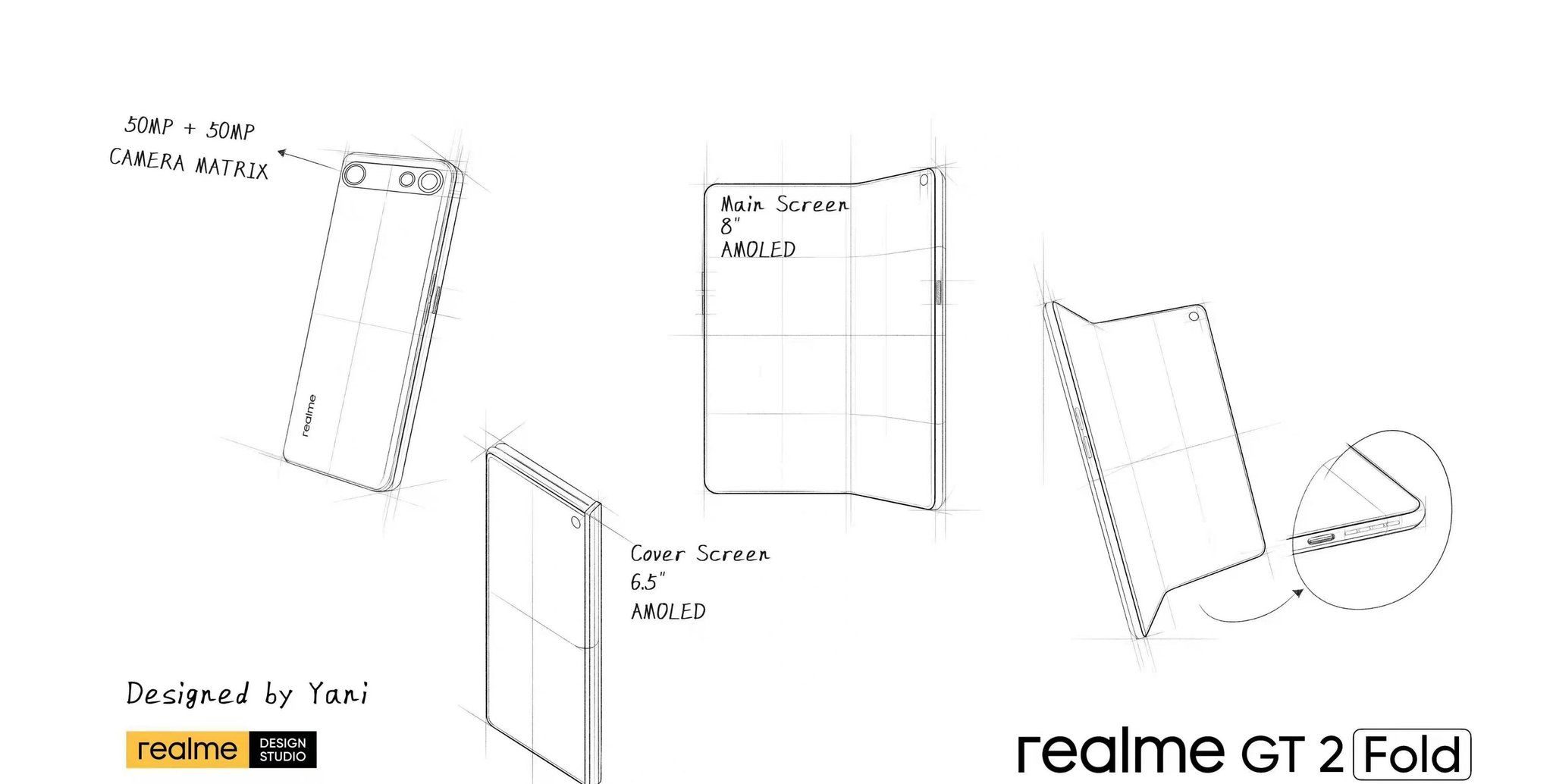 From the design drawing, the realme GT 2 Fold adopts a left and right folding scheme, and both the inner and outer screens are designed with holes.

From the information marked in the picture, this folding screen phone will be equipped with two 50 million pixel CMOS. 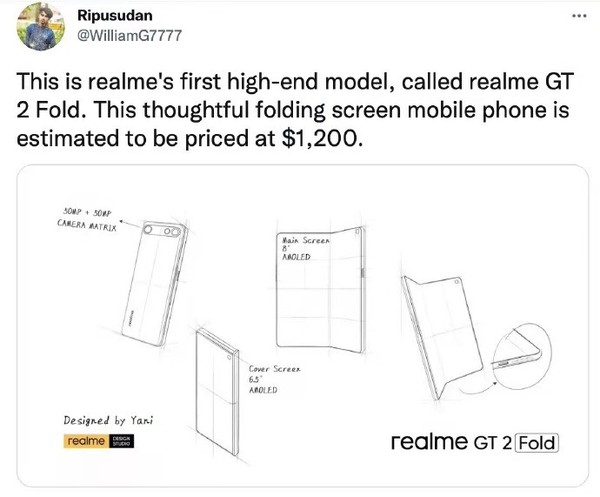 If realme enters the folding screen mobile phone market, it may put pressure on other mobile phone manufacturers that have introduced folding machines.

Because the price of the realme folding machine is likely to be under US$1200. This price is very close to the range that most consumers can afford.

Realme Pad will equip the stylus slot and the new color