As for the processor and storage

Apple didn’t talk about the Series 7 processor during its announcement. While we shouldn’t expect a speed bump from Series 6 to 7, if you’re coming from earlier Apple Watch models you almost certainly will notice a faster, more responsive watch.

Regarding the case and display

Two of the main changes with the Apple Watch 7 are a slightly larger case at 45 and 41mm and a larger display. It’s 20% bigger than Series 4-6/SE and 50% larger than the Series 3 display.

And no worries on bands, all previous Apple Watch bands fit the Series 7.

About the battery and charging

Another improvement with Apple Watch 7 vs its predecessors is 33% faster charging. That means going from 0-80% in 45 instead of around 60 minutes for the other models.

If you’re interested in using Apple Watch Series 7 for sleep tracking, you also get 8 hours worth of use from an 8-minute charge.

However, no improvement to the overall battery life, it’s still the same, up to 18 hours.

As for the price

Apple Watch Series 7 comes in with a starting price of $399, the same as Series 6. Apple Watch SE from $279 remains in the lineup, with Series 3 holding on for another season at the entry price of $199.

The common problems and solutions of iPhone12 Pro Max

Apple Tips And Tricks: How to add co-owner to the Apple Card 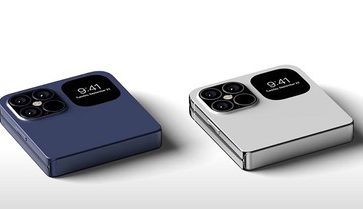