On February 10th, Manu Kumar Jain, head of Xiaomi’s India business, announced that the Redmi Note 10 series will be released in India in early March.

At present, the machine has obtained FCC certification, the certified model is M2101K7AG, and the MIUI 12 system is pre-installed. 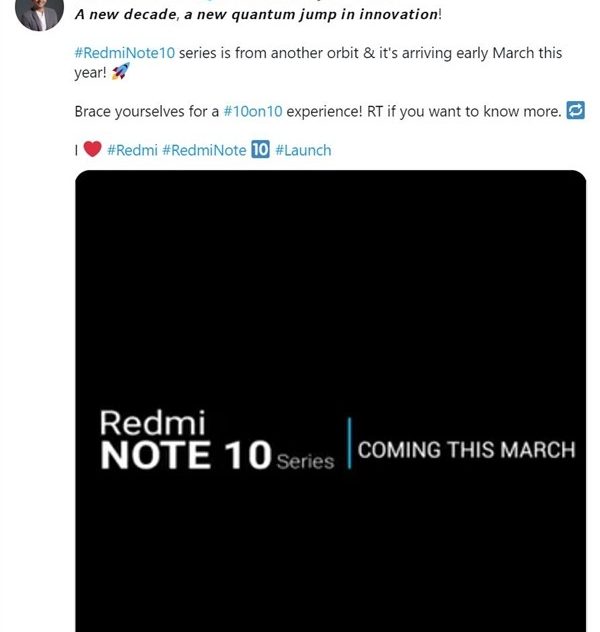 Secondly, the National Bank version of Redmi Note 9 Pro uses a Snapdragon 750G processor with a main camera of 100 million pixels (Samsung HM2), which has been significantly upgraded compared to the Indian version.

Therefore, this time the Indian version of the Redmi Note 10 series may still be a 4G model, and the processor cannot be finalized for the time being.

click here to buy the related product of Redmi

Curious about the price of Xiaomi11 overseas edition? Here is all you want to know

Realme V15 will be officially launched today at 2pm