According to the news we just got, friends, Google Pixel 6 series is set to be launched on October 19th, which the company only just officially confirmed. We’ve seen the number of leaks intensify over the past month too. We’ve seen a hands-on, some photo samples, and even potential pricing. Now, German retailer Saturn may be bundling a pair of Bose 700 Headphones as a pre-order bonus with the Pixel 6 free. Furthermore, the deals booklet appears to confirm a number of other key details. 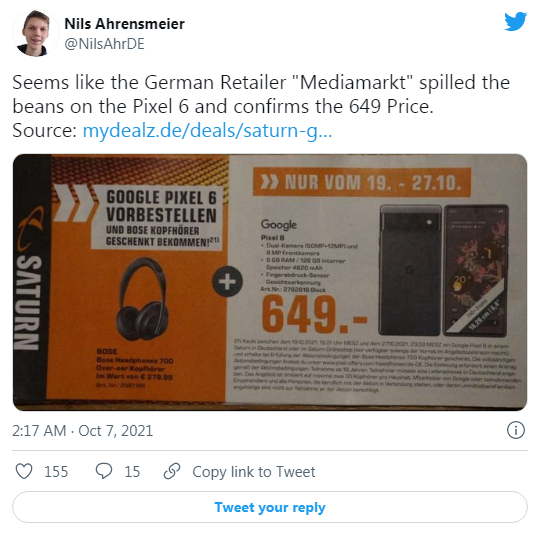 The Bose headphones that come with the Pixel 6 retail for €280, and are a set of noise-canceling headphones from Bose. The listing says that the pre-order bonus is only available from the 19th of October to the 27th, which also lends credence to the device’s general availability being the 28th of October.

As for the listing itself, it appears to confirm a few things. For starters, it matches the previously-leaked pricing that we’ve seen already for the regular variant, with a starting price of €649.

Given that is right on the money for the regular variant, €899 is looking more likely for the Pro. And, it confirms the 50MP dual camera, a 4620 mAh battery, and it also claims that it has face unlock capabilities. 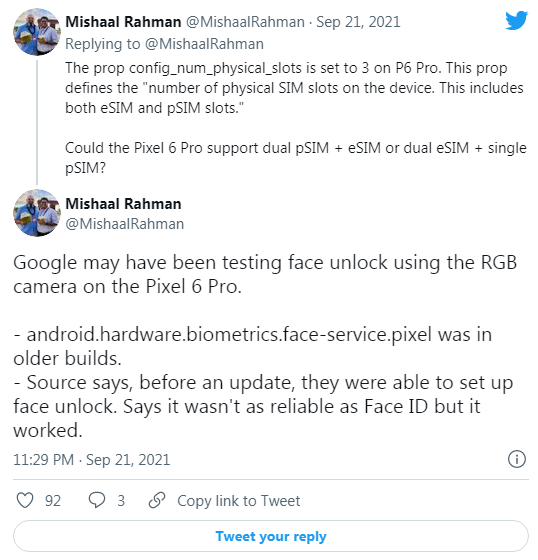 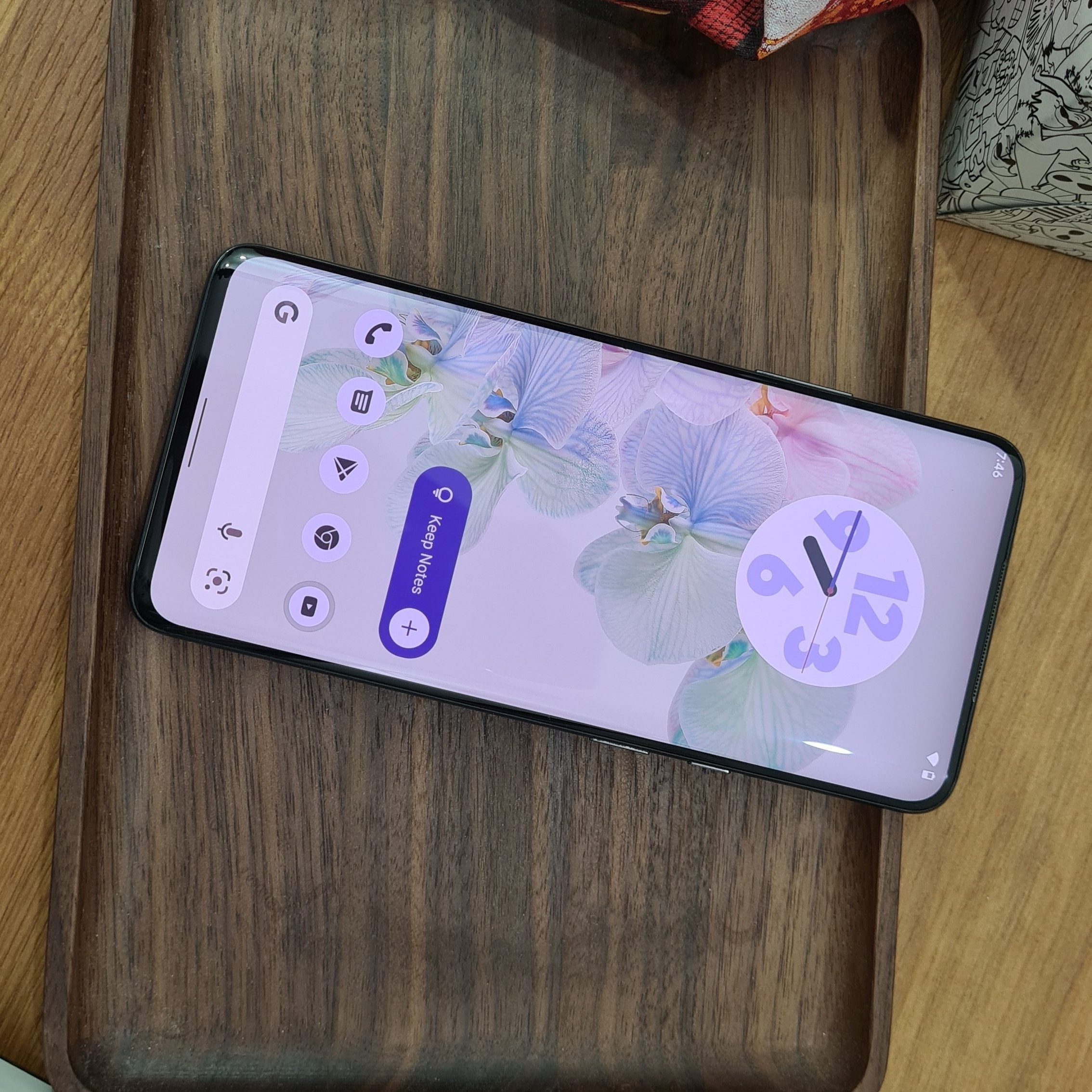 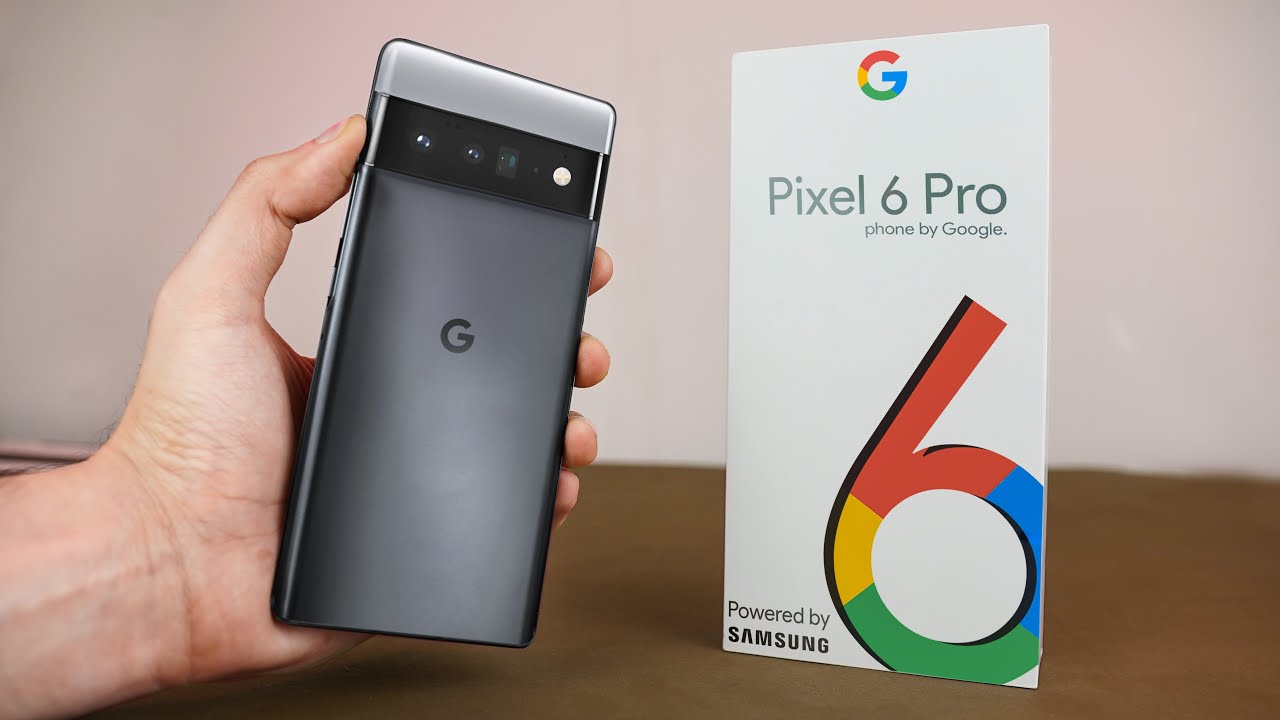 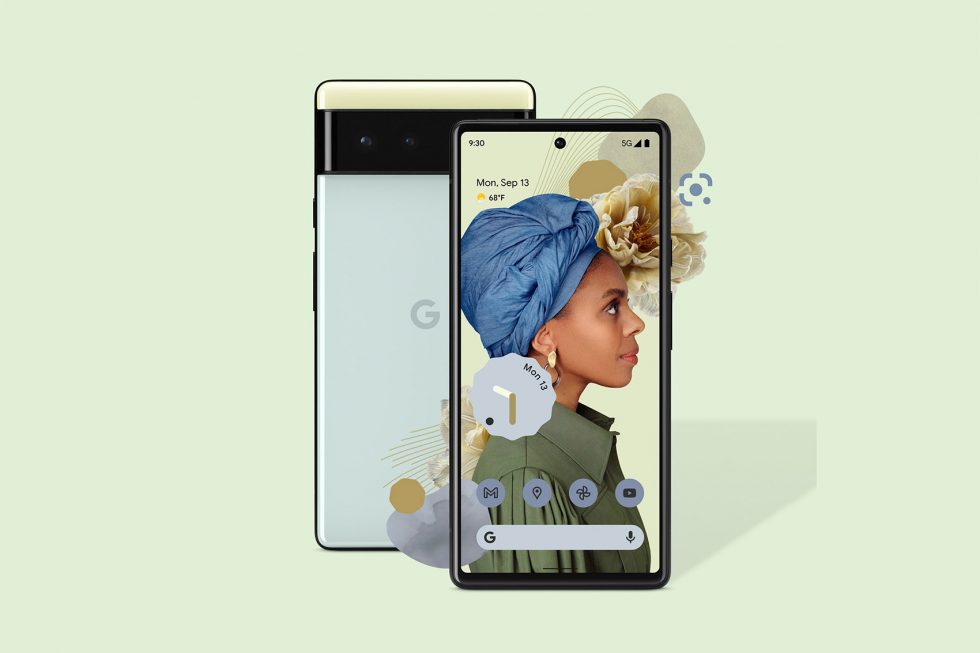