At 19:30 on the evening of December 9th, Motorola will hold a new product launch conference for the edge series. At that time, the edge X30, known as the “true first Snapdragon 8 Gen1”, will be officially released.

As the press conference is approaching, the official has also accelerated the warm-up rhythm of the new phone. This afternoon, the general manager of Lenovo’s mobile phone business department in China posted a photo of the edge X30 through Weibo.

The media said, “I really like the photo experience of the new product. The night scene shooting of the moto edge X30 is really great. This time the dual 50 million outsole main camera does have an advantage in low light.” 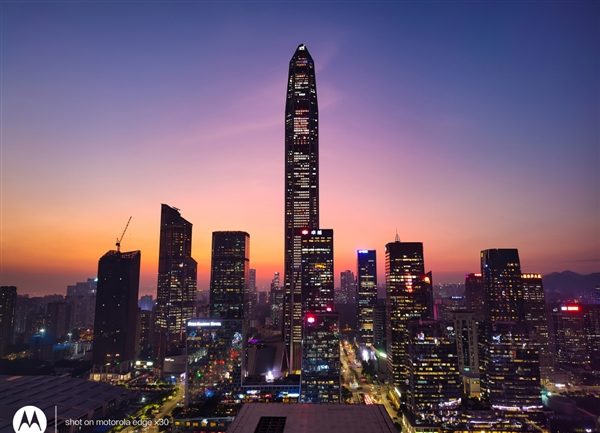 It is reported that Motorola’s edge X30 rear camera will adopt a dual main camera solution, with the main camera being a 50-megapixel outsole flagship sensor.

It is also equipped with an industry’s largest wide-angle 50-megapixel ultra-wide-angle lens, and the front camera is a flagship 60-megapixel lens.

In this regard, Motorola officially stated that this is the first mobile phone with a front and rear three main camera system.

In terms of ID design, Motorola edge X30 will use a straight screen design, the front opening is centered, the top and the chin are almost the same width, the borders on both sides are narrow, and the rear elliptical three-camera module is installed.

Moto Watch 100 was released, equipped with a 1.3-inch LCD round screen