Although now the carplay and the auto itself can provide the navigation function, it is still inconvenient when you have  the untouchable carplay map or the car that can’t connect to the internet. Most people are still used to using the navigation APP on the mobile phone. So a mobile phone holder is one of the must car accessories.

Of course, with the continuous development of the automotive supplies market, the onboard phone holder has also developed from fixing mobile phones through manual operation to automatic arm and it can achieve wireless charging. My choice is the MOMAX Q.MOUNT SMART3 gravity wireless charging phone holder, which can be intelligently opened and closed, once released and locked, and supports up to 15W wireless fast charging. 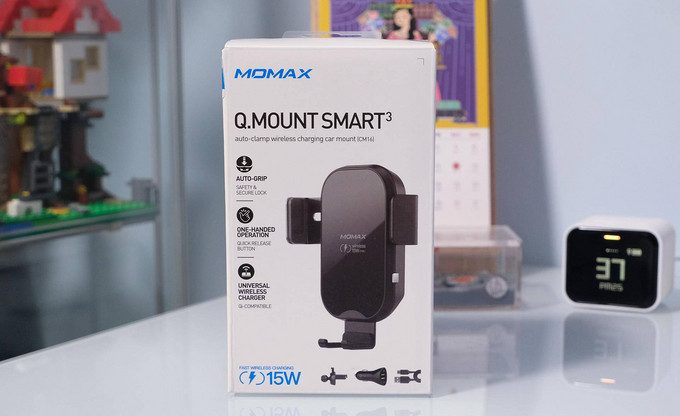 The packing is still continued the traditional design style of MOMAX, the pure white packaging with blue LOGO is very textured, and there is a rendering picture of the holder on the front. You can see some keywords on the package: auto-grip, one handed operation and universal wireless charger. In addition to the holder, there is also a TYPE-C cable and a charger supporting QC3.0 fast charging. 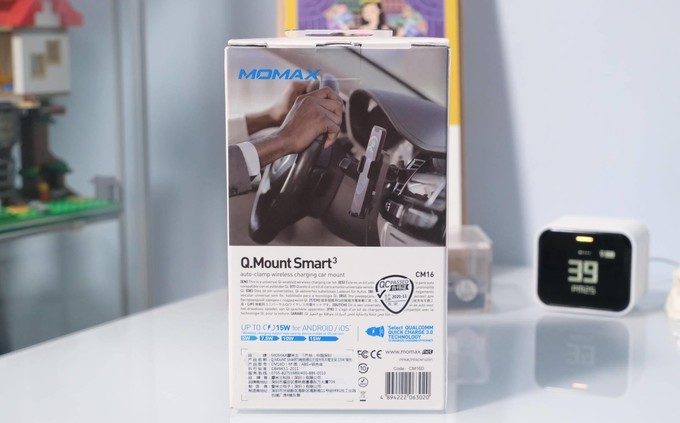 On the back of the package are some simple parameters and manufacturing information about the pruduct.

On the side of the package, there is a usage diagram of the product. 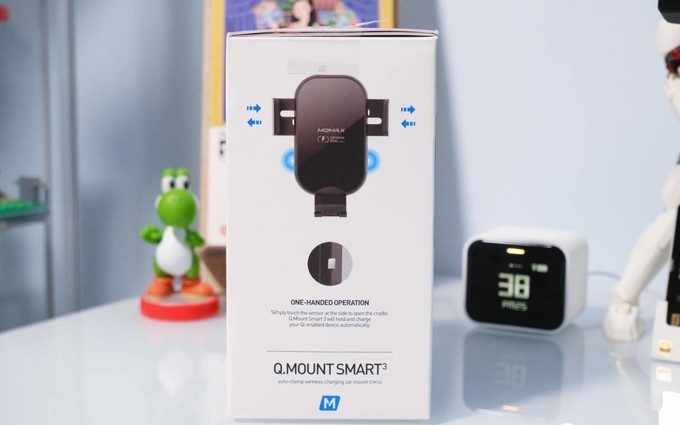 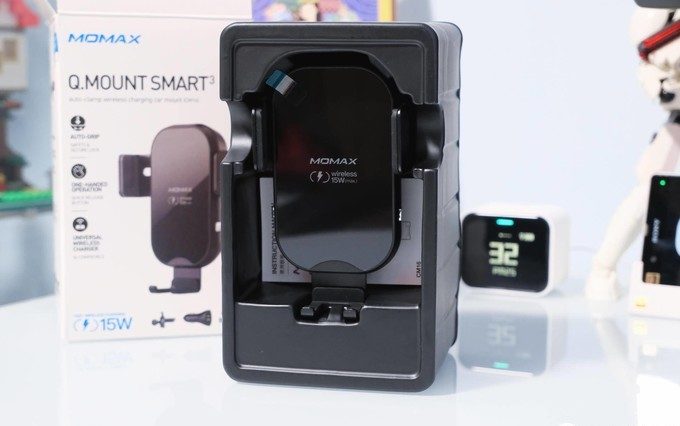 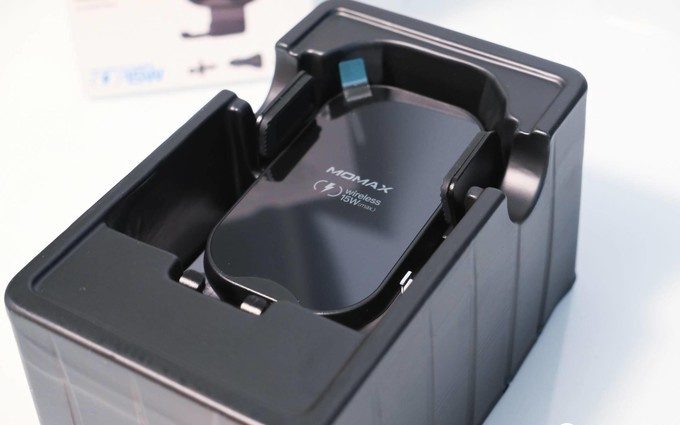 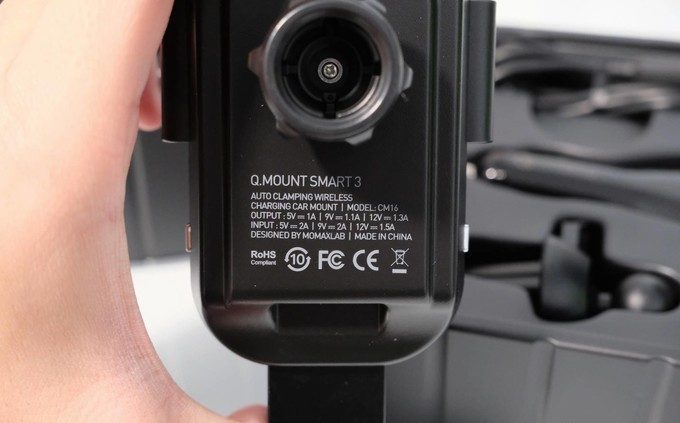 The screw nut on the back of the wireless charger supports multi-angle adjustment.

A touch of this button on the side can release the phone.

In order to ensure that different sizes and models can be well adapted to wireless charging, the panel area of MOMAX wireless charging holder is pretty large, and with the mirror surface processing, it looks very delicate. The charger is a double port USB design, one is QC3.0 quick charge port and the other is ordinary USB output port.

Compared to the other chargers, the MOMAX is more exquisite with the QC3.0 sign on the side. 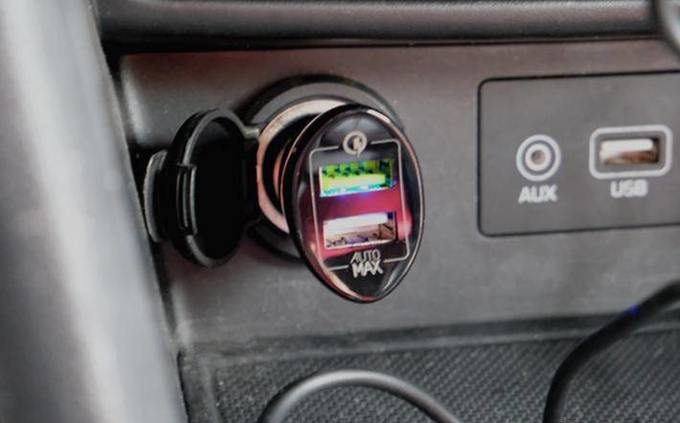 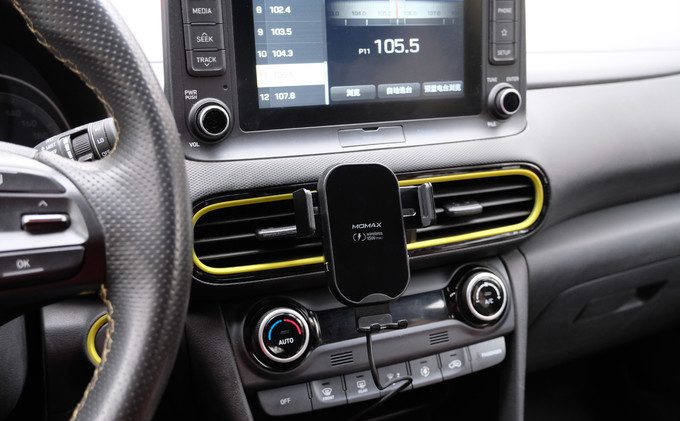 The installation is very convenient. It can be fixed directly and easily on the air outlet of mainstream cars. 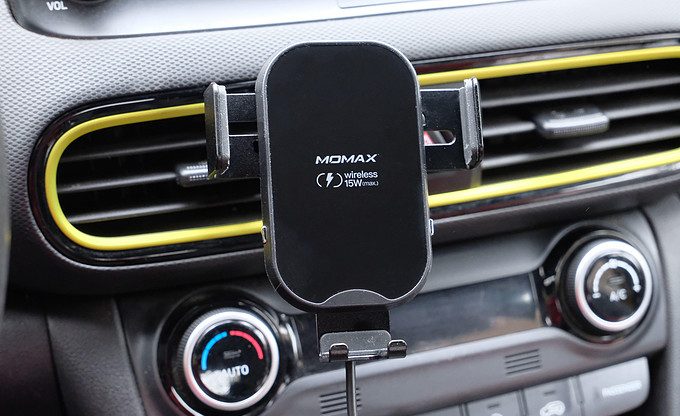 After being fixed, it can be adjusted to different angles. The fixation is very firm and will not fall off when going through the speed bump. The holder will open the clamping arm automatically under the action of the motor, which is convenient to put in the mobile phone. 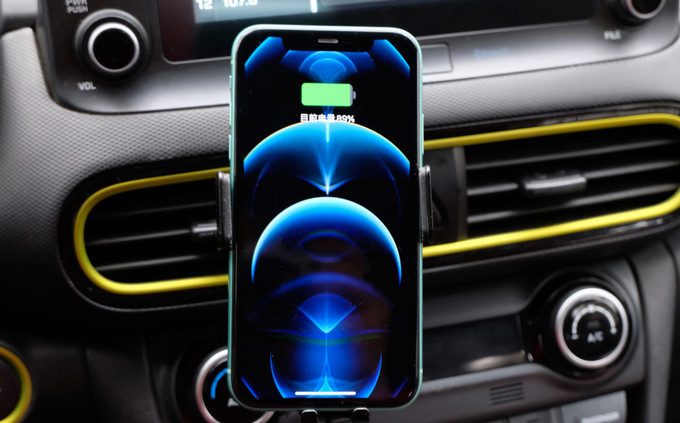 After being put in the phone, under the effect of the gravity of the phone, the bottom bracket sinks to trigger micromotion, so as to detect the placing action of the phone and facilitate the processor to continue to make the next instruction of tightening the clamping arm for wireless charging. Compared with the previous use of infrared sensors to detect the mobile phone in motion is more intelligent and sensitive, also reduces the occurrence of touch by mistake.

While using the holder for navigation, it can also quickly charge the battery of the mobile phone, which is very convenient. When the navigation is done, the phone’s battery can be replenished.

In addition to using it lengthily, you can also use it crosswise, by rotating the holder, which is more convenient than the other ordinary phone holders.

It’s also very convenient to remove the phone from the holder. Just touch the small button on the side to release the clamping arm and get the phone.

There is another thing that makes me satisfied is that you can still release the clamping arm easily after the power is turned off. Most people used to turn off the power after parking and get the phone off the holder, but most holders can not release it automatically because the power is shut down. While this holder has a built-in time delay device, it can still release the clamping arm by touching the button after turning off the power. You can get your phone off the holder easily and elegantly. 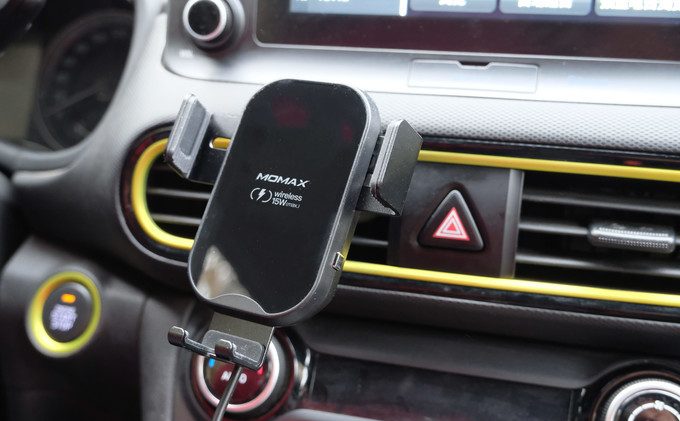 In general, the MOMAX wireless holder is pretty nice, the logic of installation and use are in line with the usage, the gravity trigger is more accurate and convenient than the infrared sensor, and it can also charge the mobile phone quickly. It is a really good choice for you. 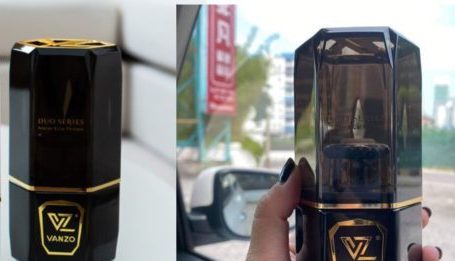 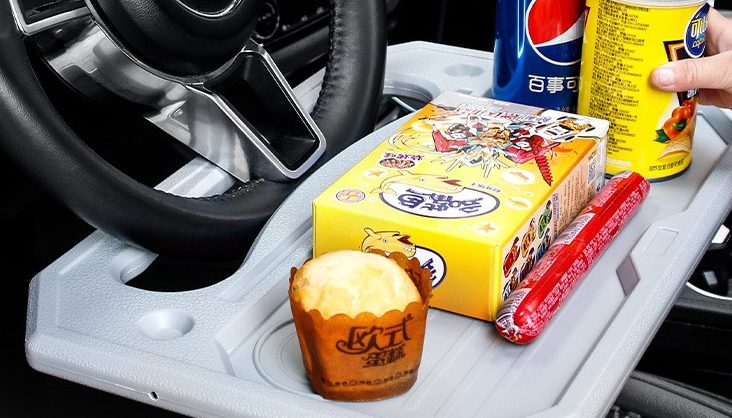 Popular car pallets can be bought at Shopee! During the epidemic, eating in the car is not a problem! 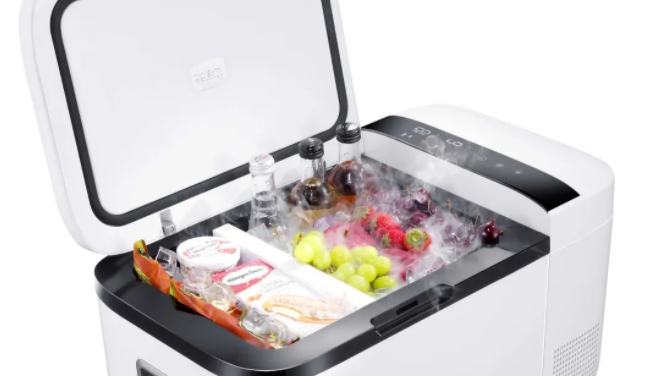 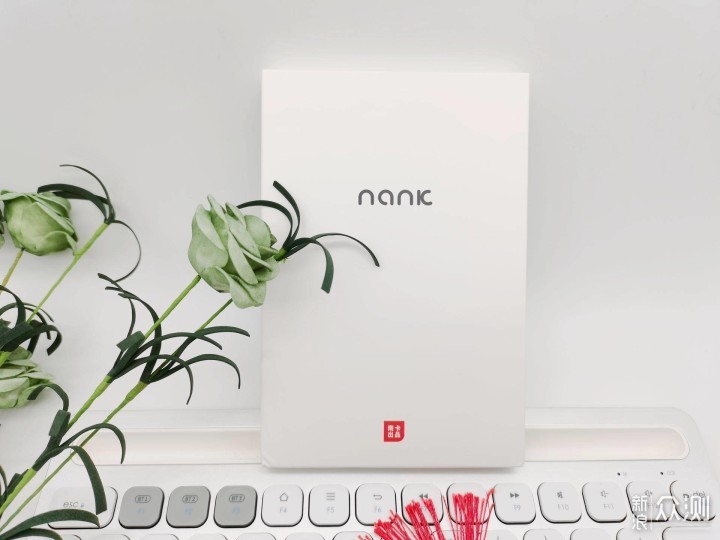 Nank a power bank that can wirelessly charge Apple phones