Apple stopped making Apple-branded displays after the Apple Thunderbolt Display, which was discontinued in 2016, but in 2019, Apple got back into the display market with the Apple Pro Display XDR, a companion display for the new high-end high-throughput modular Mac Pro.

According to Apple, the Apple Pro Display XDR is the world’s best pro display. It’s priced starting at $4,999, which is expensive, but Apple created it to compete with professional reference displays rather than displays designed for home use purposes. Reference displays are designed to offer superior brightness, color accuracy, and contrast ratio for color grading and evaluation purposes when editing photos and videos.

The Pro Display XDR is a 32-inch 6K Retina display with a 6016 x 3384 resolution, which offers more than 20 million pixels for what Apple says is a super-sharp, high-resolution viewing experience with 40 percent more screen real estate than a Retina 5K display.

Design wise, the Pro Display XDR matches the Mac Pro with the same aluminum enclosure with a lattice pattern that serves as an advanced thermal system. The display uses edge-to-edge glass with a narrow 9mm border, and it is sold alongside a Pro Stand with an “intricately engineered arm” designed to counterbalance the display.

The Pro Stand, which costs $999 on top of the $4,999 price of the display, offers tilt and height adjustment and allows for use in both landscape and portrait modes. There’s also an optional VESA mount adapter that’s interchangeable with the stand and can be purchased separately. 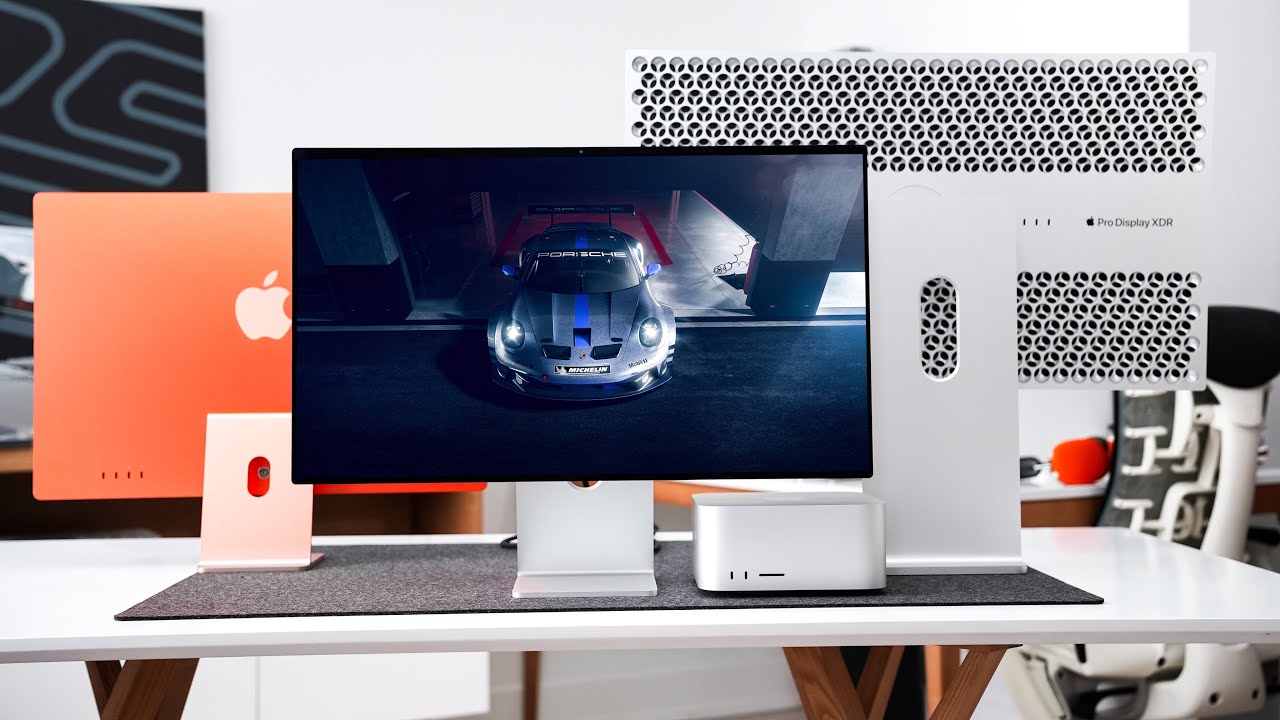