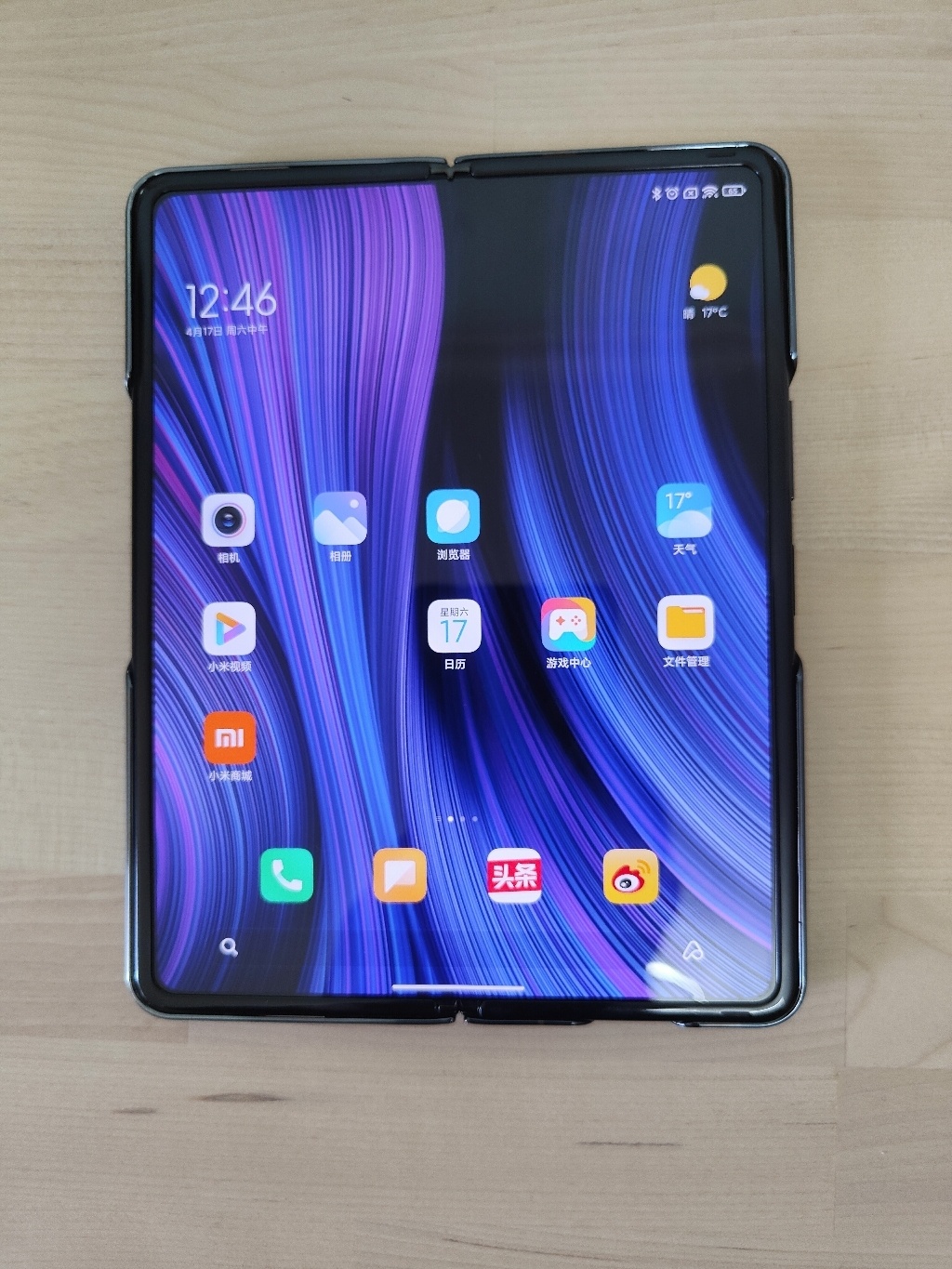 Regarding this phone, it feels good to hold with one hand, and it has a good battery life.

Its screen is a diamond screen, and the display effect is more comfortable than that of Huawei mate x2.

Because the screen is smaller after unfolding, it feels better to browse Weibo than Huawei. Huawei’s unfolding is too large and it is only suitable for watching videos.

Xiaomi’s external screen is not as good as Huawei’s. It is too slender and weird to use, with the wrong proportions.

When using Huawei mate x2, there is no sense of violation when using an external screen. The size is the same as a normal phone.

There is no dc dimming for the inner screen of Xiaomi’s screen, which is not as good as Huawei and Samsung.

Xiaomi’s sound effects are better, and Harman Kardon’s four speakers are good for watching videos as a small pad. The sound effect has always been Xiaomi’s advantage.

The protective case is provided with edging, which has better protection. However, the original screen does not have a film. It is best to put a film on it yourself, otherwise it is easy to scratch.

There are indeed some gaps between the Xiaomi folding screen and Huawei mate x2 and Samsung’s fold2, but it also has its advantages, such as sound effects, such as battery life and fast charging, as well as price.

Xiaomi’s new smart camera is officially on sale in Malaysia!

This Xiaomi oven is a must for girls living alone!