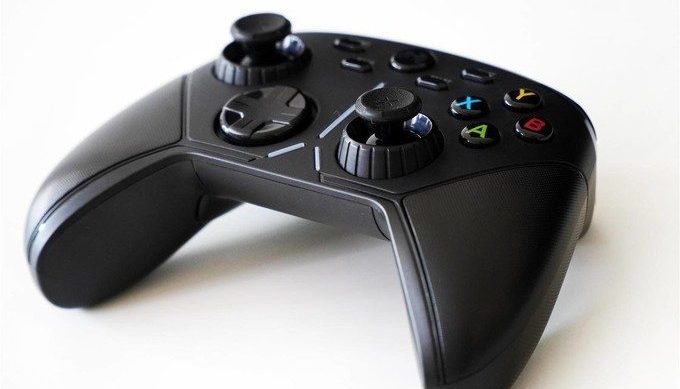 Recently, Cyberpunk 2077 has became a big hit, my friends and colleagues are talking about it all the time. So I updated my gamepad to have a better gaming experience.Today I would like to share my experience on the Asura 3 gamepad

After unpacking the case, besides the gamepad, there is also an extra long connecting cable, instruction manual and warranty card.The image below is the Asura 3. I chose the black version, but it is also available in white and pink. 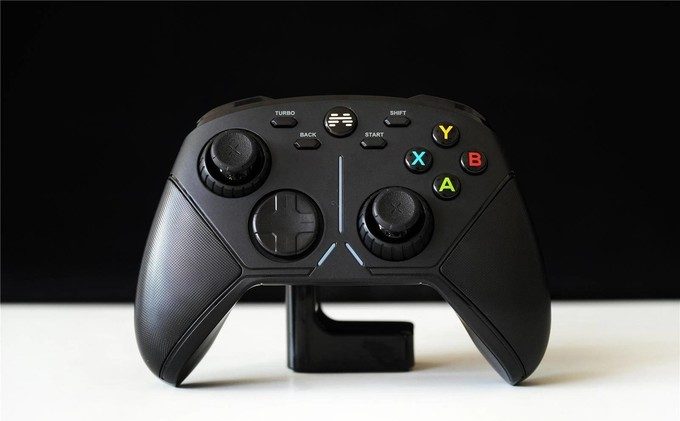 Asura 3 makes the position of holding hands more rounded and the curvature of the curve larger, which is more ergonomic and the fitting degree of hands will be better.The texture is also added to the grip, which increases the friction between the hand and the grip, making it a great experience.

Compared to other gamepads, the control area of the Asura 3 has not changed much.But Asura 3 has been greatly upgraded in detail, so let’s check it out.

The three modes refer to a three-stage button on the back of the Asura 3 that users can adjust freely.These three modes represent the three kinds of trigger stroke, the top is the micro shift, the trigger stroke is the shortest, more suitable for shooting game’s light weapons.At the bottom is full gear, the trigger has the longest stroke, and it’s a great way to get back to the linear throttle when you’re playing a racing game. 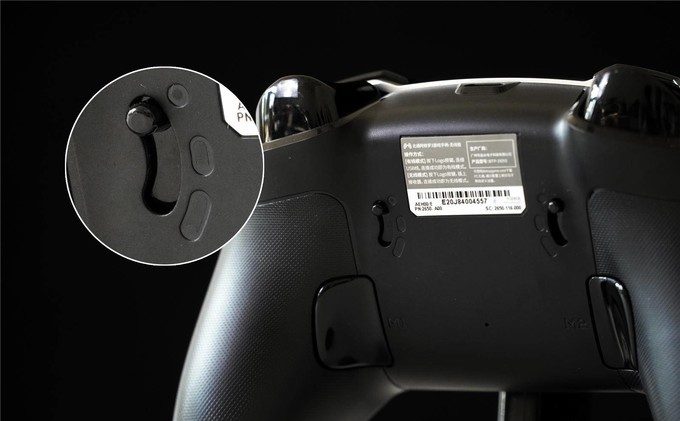 With the blessing of “seven gears and three modes”, Asura 3 can better adapt to different games, which is a very good user experience.There is no need to adjust all kinds of complicated Settings in the software. It can be operated directly on the handle, which is simple and convenient.

Maybe some friends are worried: Will this gamepad break easily?Here I can tell you from personal experience: although the handle is very cheap, but the quality is ok.I also bought a generation of ASURA products before, and it used for about a year, except that I played it too dirty, there were no serious quality problems, it was very durable.This generation of handle uses mechanical keys, which feels good, and the trigger stroke reduced to 0.7mm, which means the feedback is faster!

The most vulnerable rods have also been upgraded with anti-wear technology.According to officials, the technology can protect the Asura 3 from contacting, wearing and drifting during long periods of use.It sounds advanced, but I just got this gamepad. I will share it with you later if it is really durable.

In addition, Asura 3 has some excellent features.The TURBO and SHIFT buttons, for example, are secret tools for improving manipulation.Press and hold TURBO with any action button, the action button can be turned into a serial button.If you hold SHIFT, you can switch between the cross key and the left joystick.Of course, if that’s not enough, there are two back keys on the back of Asura 3.

First of all, Let’s have a test of Need For Speed. I chose the wired connection, which gives me a good feeling of handling. The remote bar is highly sensitive and the steering is particularly accurate.When a collision occurs, the handle vibrates strongly.In the throttle response, Asura 3 is also more linear, the greater the pressure, the bigger the throttle is, pretty impressive.

Seriously, using a gamepad  is better than using the keyboard!I played for more than an hour without thinking.

Then I also played two fighting games, Dragon Ball Fighter Z and Iron Fist. It was the same feeling. Thanks to the floating cross key used in the gamepad, the operation was more consistent, which was much better than the keyboard.Of course, if the use of backkey programming, concatenation will be easier, all kinds of bells and whistles, one key to achieve.

When I was using the keyboard to play games, I got bored easily within half an hour. But after I changed to this gamepad, I immersed myself in the game for like two hours.

Ok, so that’s the ASURA 3 gamepad experience to share.Compared to some of the handles I’ve used in the past, my favorite is the Asura 3 for active adjustment and ease of use.The functions of high autonomy such as the remote knob, macro program and TURBO key provide users with more operation space and can better adapt to different games.Its ease of use is also more outstanding, easy to configure, almost no learning costs, particularly humanized.

Redmagic 6, a must for mobile game lovers