We know that Pilot is a Japanese pen company that makes pens more suitable for Asian writing habits.There are many classic and best-selling pen models such as Pilot 78G. I still have the same Pilot 78G that I used in high school. This pen has been with me for many years.

After opening the package, we can see that there are Pilot 88G pen and Pilot Ink-30 ink inside. Coincidentally, I have used this ink for many years, since I first used this ink, it does not block pens, and the color is very pure.Today it’s in the suit with the Pilot 88G pen, and that familiar feeling is back.

This set is the most classic collocation in my student days. It’s 78G and Ink-30.At the end of each semester, this model of ink bottle has a lot of empty bottles in the corner of the house, but the pen is still the 78G one, which is one of the great benefits of using a pen: you can be related to a pen, even have an emotion with it.

The Pilot 88G in my hand is a white tiger version. The pen body near the spiral has a white tiger pattern. The lines of the whole pen are very smooth.There are two “PILOT” logos on the cap, and the “JAPAN” below the logo reminds you that this is a Japanese-brand pen.

The Pilot 88G White Tiger version uses a rotating ink sac. The metal and clear plastic on the ink sac improves the texture of the pen. There are also four small steel balls of the same size inside the ink sac.From the inside, the pen is very simple, in keeping with the minimalist style of Japanese crafts, but every part seems very reasonable.

This is another Pilot 88G in my hand, and this one is a purple leopard print version. The two pens are the same in all details except the grain and color. One is white and the other is blue, each with its own style.

These are all the Pilot Pen in my hand, from top to bottom are: Pilot 78G, Pilot 78G transparent version, Pilot 88G leopard print version and Pilot 88G white tiger version.After using this brand for a long time, I feel that it is more suitable for us to write than using western pens, and you won’t get tired after using it for a long time. 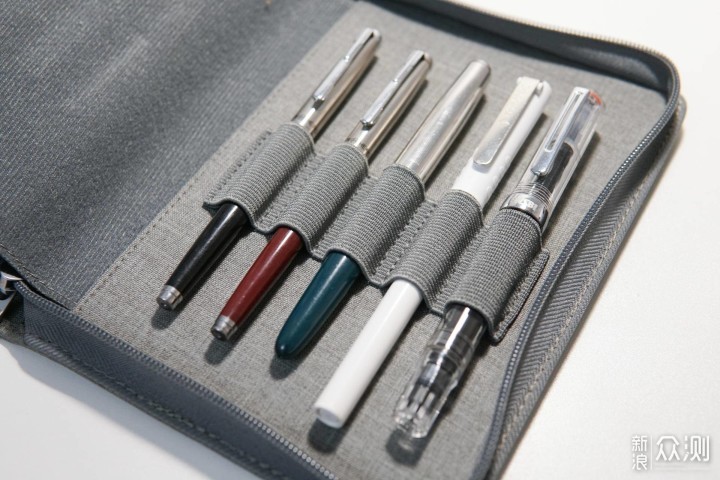 This is my pen bag, all my pens are in the pen bag, in addition to the above introduced all kinds of Pilot brand pens, I also have LAMY Safari, Schneider BK406 and several HERO pens, these pens are accompanied with me for many years, I even have feelings with them. I use them less and less since I stepped away from the days when pens were much more plentiful, but I often use them in my spare time to write and to find that familiar feeling.

How to save your neck vertebra? ORICO displayer stand will help you

JMGO M7 vs GIMI Play Special Edition: Which is the better projector?